President’s Day is one of those holidays that doesn’t actually call for any celebration, but that we like anyway because we might get a day off and a lot of things go on sale.  Many people may have issues with our current and past Presidents, but I doubt any of them would be willing to take the job instead.  With all of the stress of making decisions that effect millions of Americans, and sort of the whole world too, it’s no surprise that many of our President’s have been know to kick back and have a drink or two, in some cases many many more.  So since the Presidents drink all the time, why not have a cocktail or two on their day of appreciation?  If you want to drink like a President, put on your most astute looking outfit, loosen your tie, and enjoy the same drinks the big man in the Oval Office would have had. The Snakebite is a UK creation, so Clinton picked up this habit during his Oxford days.  To make this drink, you mix up some cider and lager in a pint glass.  I think the two brands in the photo would make a delicious drink, but really the choice of lager and cider is up to you.  Be careful though, they are named “Snakebite” for a reason.  Clinton’s order for one actually got refused at a UK pub once, because people just get too drunk.  Clearly, Bill Clinton doesn’t mess around. And Hillary just drinks straight whiskey.  Power couple.

Gerald Ford – Gin Fizz (via How Sweet it Is) Ford seems like a random choice to put on this list, but he was pretty much a stud, and the only President to have not been elected, thanks to Nixon.  Ford was famously a gin and tonic man, but there’s really not anything exciting about a gin and tonic.  If you want to stay pretty true to Ford’s liking, check out this recipe for a honey sage gin fizz. While President Obama mostly prefers beer, as exemplified by the famous “beer summit,”  and the fact that they have a White House home brew, he is also known to be a tequila guy.  Obama is a fan of the occasional margarita, but only if it’s a good one.  Check out this recipe for classic margaritas, on the rocks, never frozen.  There is nothing presidential about a margarita slushy.  I think I’d be ok with sharing a round of Margaritas with Barack and Michelle, but only if the first dogs can come too. Cuba Libre is essentially a glorified Rum and Coke.  But even though there may have been a few things wrong with Nixon, there is nothing wrong with a good ole’ rum and coke. What makes a cuba libre different is the addition of a little lime.  Nixon may not be the best President to honor, but he was ok sometimes, and the man knew his alcohol. FDR is responsible for repealing the Prohibition Amendment, thank goodness, so it would come as a surprise if he was a President who didn’t drink.  He certainly had a lot on his agenda, so I’d say that out of any President, FDR was probably most deserving of a few cocktails.  FDR basically drank anything, but an Old Fashioned could be considered his signature drink.  He was elected 4 times, so we will trust his judgement.  Check out this recipe to make this classic cocktail. 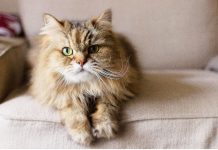