We’re slightly in a state of sadness as months July and August mark one year since the 2012 Olympics…and mark another 3 years until our favorite sporting event comes around again.

We all know that athletes are (obviously) the center of attention when the Olympics come around. But don’t forget about other major sporting events, such as the World Cup and Wimbledon, which are also incredibly high profile in the world of sports. Often times, athletes make headlines for their stellar, medal-winning performances, but sometimes the focus goes astray. Take for instance when sports commentators start focusing on an athlete’s appearance (physical or clothing choices) rather than what they’ve achieved as a hard working individual.

Most recently, Marion Bartoli, the 2013 Wimbledon Womens Singles Champion , came into the limelight more for comments made on her physical appearance rather than her fantastic win. Think about what the reaction would’ve been if someone had commented on Michael Phelps’ appearance right after he became the most decorated Olympian – it wouldn’t be pretty. Instead of focusing on what someone looks like, society should be praising athletes for their dedication to the sport, their commitment to living healthy lifestyles, and their “job” as role models to young kids.

With the release of ESPN The Magazine‘s 2013 Body Issue and instead of hounding on the fact that numerous sexist comments occur every year dealing with both men and women athletes, we’ve decided to highlight how different athletes diets can be during training. Take a look at these two drastic diets from some of our favorite athletes.

Yes, Michael Phelps, you are a human machine. You work out for five hours a day, six days a week, when in full training mode. But would we ever suggest anyone who isn’t a competitive athlete of the caliber of Michael Phelps to attempt this diet? Absolutely not. You go Michael Phelps.

2. The Venus and Serena Williams Diet

We wouldn’t ever want to face the Williams sister duo on the court at Wimbledon, but we admire them for their lifestyle and sisterly love! Venus was diagnosed with Sjogren’s Syndome, an autoimmune disease, in 2011 – to better deal with her symptoms, she adopted a raw vegan diet. Don’t be scared off by the raw detail; it basically means that daily food consumption consists of uncooked fruits and vegetables. Since Serena and Venus live together, Serena tends to eat more raw vegan food so that she doesn’t tempt Venus. Try some of their favorites: green juices, sprout salads, or lentils.

Now, it’s time for some health tips and favorite foods from some of our other favorite Olympians. Athletes encourage living a healthy but balanced lifestyle – check out some tips below!

– Beach Volleyball Olympian Misty May-Treanor’s go-to power food is Greek yogurt and honey. Not only does it give you energy, it tastes good!

– Add some color to your diet with fruits and veggies! “The greener the better” mantra lived by May-Treanor’s beach volleyball partner Kerri Walsh Jennings helps keep her body feeling healthy and strong. Swimmer Natalie Coughlin gardens and raises her own chickens. Growing your own fruits and vegetables will allow you to have the variety you want without spending a ton of money at the grocery store.

– Olympic swimmer and cancer-survivor Eric Shanteau has learned that life doesn’t have to be so focused on competing. He eats what he wants and when he wants. The best nutrition advice he’s ever received? “Getting the right food in my body 30 minutes after working out helps so much more with the next workout and has really changed my training.”

– Diver Nick McCrory’s diet is a bit different than that of Michael Phelps. Only consuming 2,500 calories a day, his biggest weakness is ice cream – but sweets and desserts in moderation are not going to be the end all to end all! If you want something, go right ahead and eat it. One piece of chocolate won’t be detrimental.

– Eat breakfast! It really is the jump start to your day.

– Be weary of counting calories. Don’t become obsessed with the numbers. Instead, live a healthy lifestyle by having a balanced diet, exercising, and enjoying what you want to eat.

Are you an athlete? What is your health regimen? 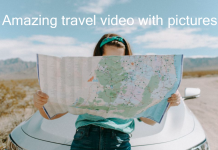