Indigestion can affect all of us from time to time, leading to discomfort and feelings of bloat. In some people, indigestion can also be associated with a burning sensation, caused by stomach acids coming into contact with unprotected areas of the gut.

But what can you do to ease the symptoms of indigestion?

Eating too quickly can be a common cause of indigestion, as the gut struggles to keep up with the volume of food consumed. This can in turn result in feelings of discomfort or trapped wind. Slowing down the speed at which you eat can therefore have a positive impact on the frequency of digestive discomfort.

While we’re all different, it seems that some foods are far more likely to cause indigestion than others. Particularly spicy foods, or those rich in acid are the most commonly-cited problem foods. A good idea is to keep a food journal, recording what you ate in the hours leading up to your indigestion. Over time you should be able to identify those foods causing problems, and can look at eliminating them from your diet.

Digestive juices are normally retained in the stomach thanks to muscles that clamp shut when food is not being consumed. Unfortunately, if these muscles relax then some stomach acid may make its way up your digestive system. This, in turn, causes discomfort and/or the burning sensation of acid heartburn.

Both smoking and the consumption of alcohol can relax these muscles, increasing the chances of acid reflux occurring. Whilst giving up smoking or drink may not be popular suggestions, the evidence suggests that they can be highly beneficial for reducing the onset of indigestion.

Gravity does a good job of keeping stomach acids in the right place, but when we lie down some of this acid may leach out, causing discomfort. Eating shortly before going to bed or lounging on the sofa can therefore be a recipe for indigestion.

Try to eat several hours before going to bed, so that acid levels in the gut have time to fall. For sufferers of indigestion it may also be wise to avoid exercise or travel soon after eating, as these too may contribute to the feelings of digestive discomfort.

There are a number of natural remedies that are believed to aid digestion and calm upset stomachs. While each of us is different, in consultation with your doctor you may wish to investigate the following popular options…

Studies have shown a significant number of benefits to supplementing with psyllium. Firstly, psyllium is a rich source of fibre, which can help to ease food through the digestive tract. Whilst such actions may help to ease indigestion, this ability to “push” food through the gut has also been touted as potentially having benefits for diabetics and even those suffering from high cholesterol. One study found that taking psyllium helped to increase the loss of fat and that the speed of movement reduced fat intake from the diet, helping to reduce LDL (“bad”) cholesterol levels in the body.

Psyllium has long been associated with a healthy digestive system. With such a wealth of potential benefits it’s little wonder that an increasing number of people are including psyllium husks in their diet.

Milk thistle has been used for generations to help calm upset stomachs or reduce the unpleasant feelings of indigestion. Perhaps most famously, milk thistle was a popular digestive remedy of the Roman empire, while these days it is still used as a herbal remedy in the Basque region.

Milk thistle is widely used these days as studies suggest that alongside calming the stomach, it may also help to protect the liver and kidneys from toxins. Scientists have also found that silymarin, the active ingredient in milk thistle, may help to reduce inflammation in the body, offering further potential calming benefits.

Ginger may be best-known for its use in cooking, but a growing body of evidence has pointing to its potential therapeutic benefits too. A “meta-analysis” – where numerous scientific studies are collated into one set of results – found that ginger can be effective for reducing feelings of nausea. Other studies have suggested that ginger may offer anti-inflammatory benefits, which may explain why so many people rely on it to ease the symptoms of indigestion.

Peppermint tea has long been prescribed for its calming benefits, but scientific studies have shown that this may be far from an old wives tale. According to experts, peppermint helps to calm the stomach muscle and may improve the flow of bile that the body uses to digest fats from the diet.

Aloe vera is one of the best-known medicinal plants, with wide range of reputed benefits. Historically, fresh aloe vera gel has been used for generations to ease sunburn or to help moisturize dry skin. More recently, however, people have begun to ingest aloe vera believing that it can help to calm upset stomachs.

The scientific study of aloe vera is still in it’s infancy, but there is already some evidence of its calming properties on the digestive system.

Get a Health Check

Lastly, you should be aware that while indigestion is quite common, in a minority of cases it may indicate rather more serious problems. If you find that you are regularly suffering from indigestion then it is wise to consult your doctor for a full health check. In this way, you can at least rule out other medical conditions such as stomach ulcers, which may present themselves as indigestion.

This article was produced by Simply Supplements, a UK-based provider of dietary supplements including milk thistle and psyllium husks. Everything You Need to Know Before Using Jamaican Black Castor Oil 5 Reasons Why You Need to Attend a Nurse Practitioner Conference 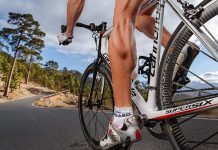